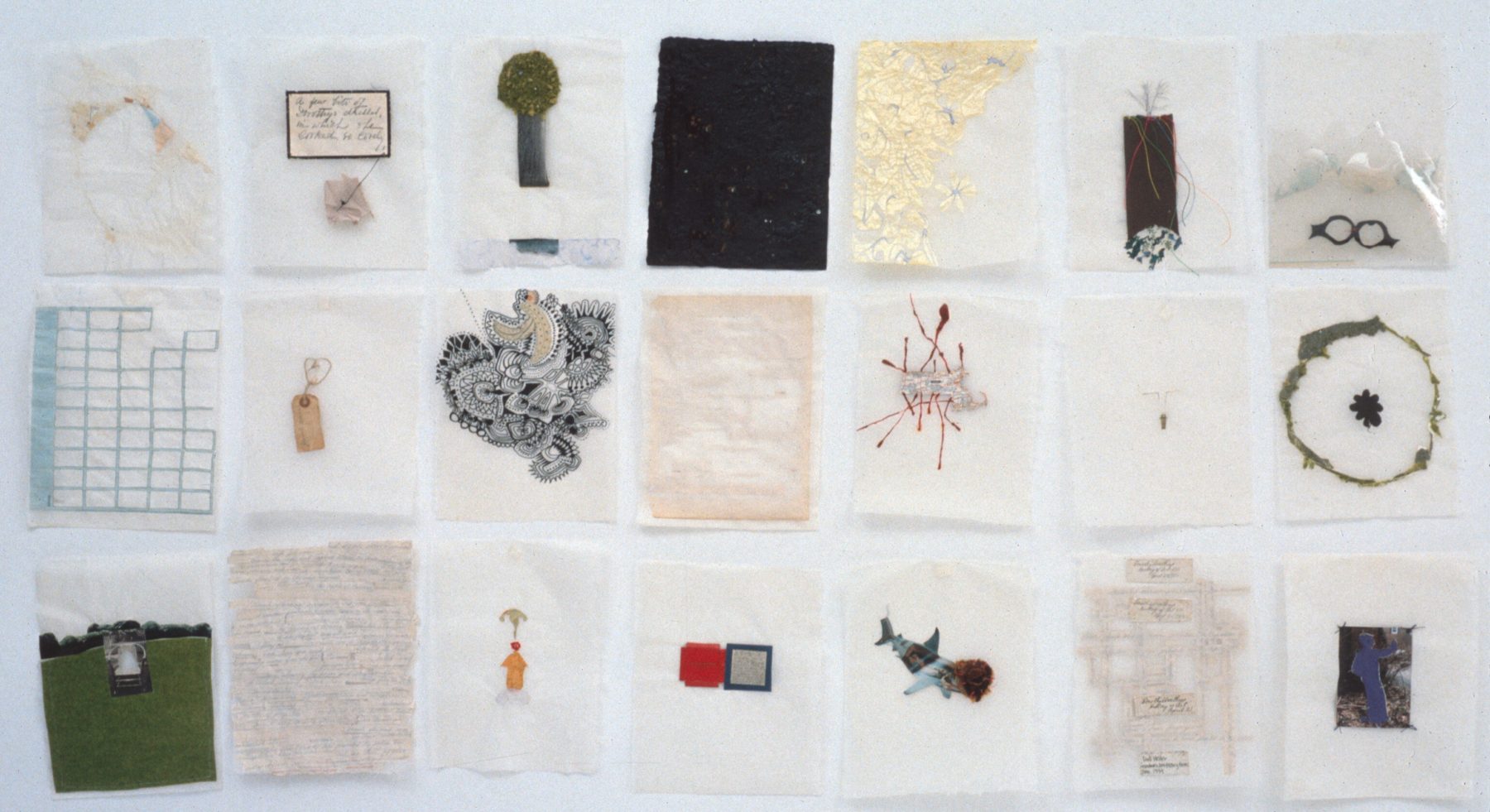 Journal Series: This is the second journal series that I have made.  It began in April 1999. I have been doing these series since 1996 and use them as doodles or thinkings on materials and ideas. The below writings do not correspond exactly to any particular ones shown here, but you get the gist.

They are in a circle because everything comes back to itself and because circles are magic.