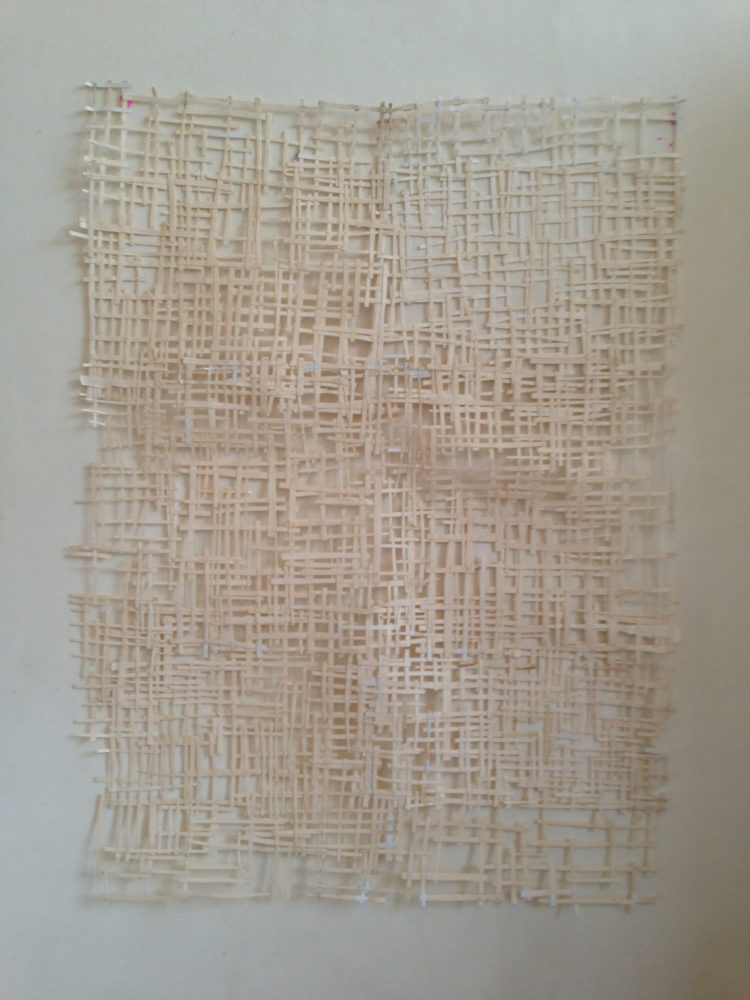 In 1994-5 I made an artwork where I covered Café Limbo with a paper weaving.  After it was finished, I had a ton of small woven artworks left over.  Recently, SG, an longstanding designer friend contacted me and asked me if I still had those old artworks, he wanted to use them for something.  In the end, he commissioned me to   make a triptych for a client of his in Germany.  They were all exactly how he wanted them, though sewing them together was my idea.  I must admit that I think that they ended up quite beautifully, despite the fact that they are not as esoteric as I like to try to be these days.