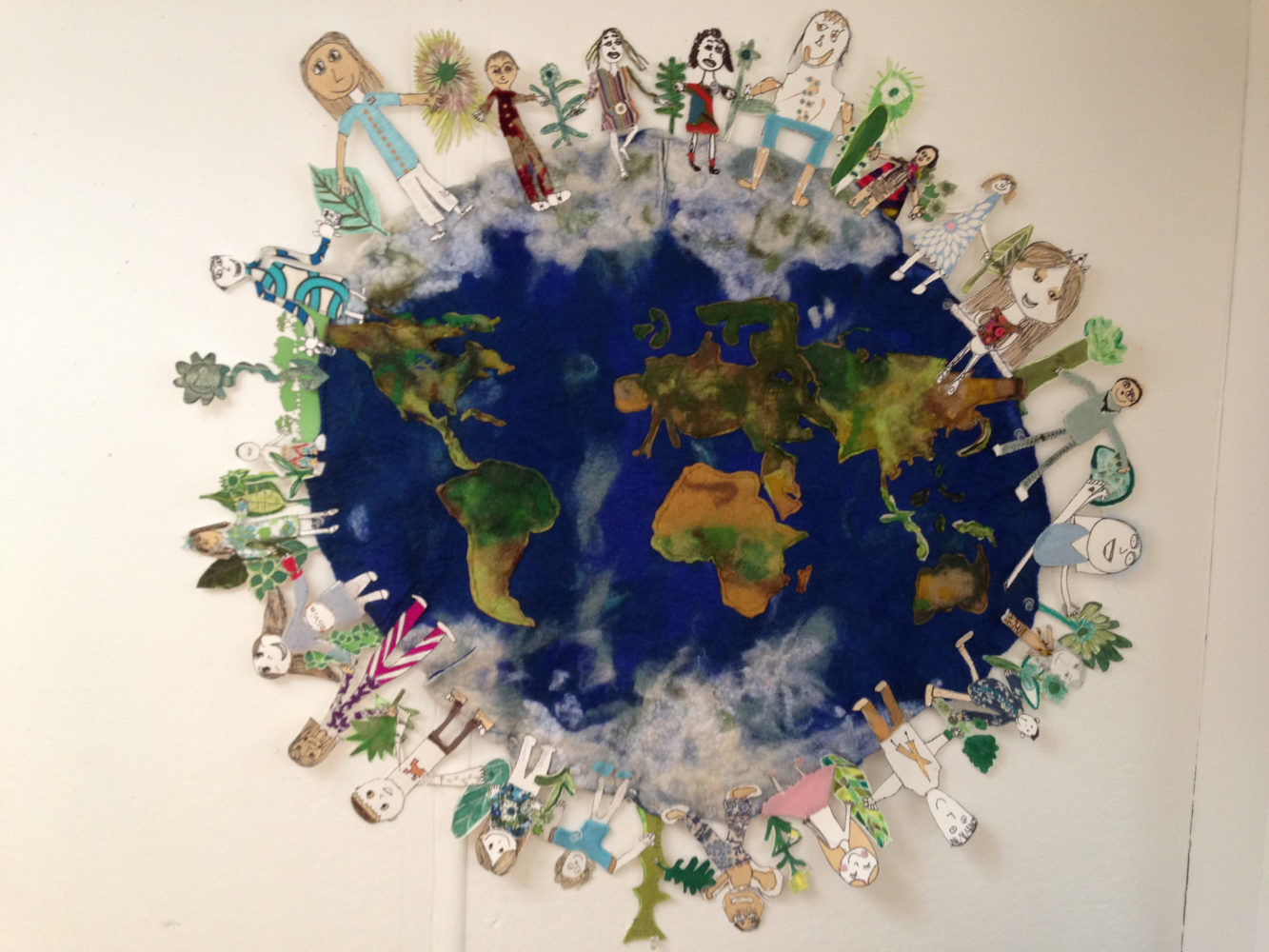 This was an attempt to make a less time consuming version of children holding hands around the world.  I would say that it worked-ish.  The children made the felt water and then made a semblance of the land masses, each couple of children focussing on one continent.  To be honest, it was a little unidentifiable, so i had to go back, as gingerly as possible, and try to make hide and hair of how the heck the earth was supposed to work.  I did not do a professional job.  I am an artist, but am terrible at replication.  That done, the children and two teachers drew themselves in ink and coffee stain directly on pieces of paper and chose what clothing that they would like to wear.  I dressed their people’s clothes on and then sewed them all onto the earth.  But alas, the people were too sparse to hold hands, so each child made a funky growing plant to intersperse between the people.  I named this artwork “We Can Save Our Earth”,  not because it was the theme all along, but because working with children is inspiring.   They are so pure and impressionable and they bring so much hope.  It is in our hands to mobilize them to make a difference.