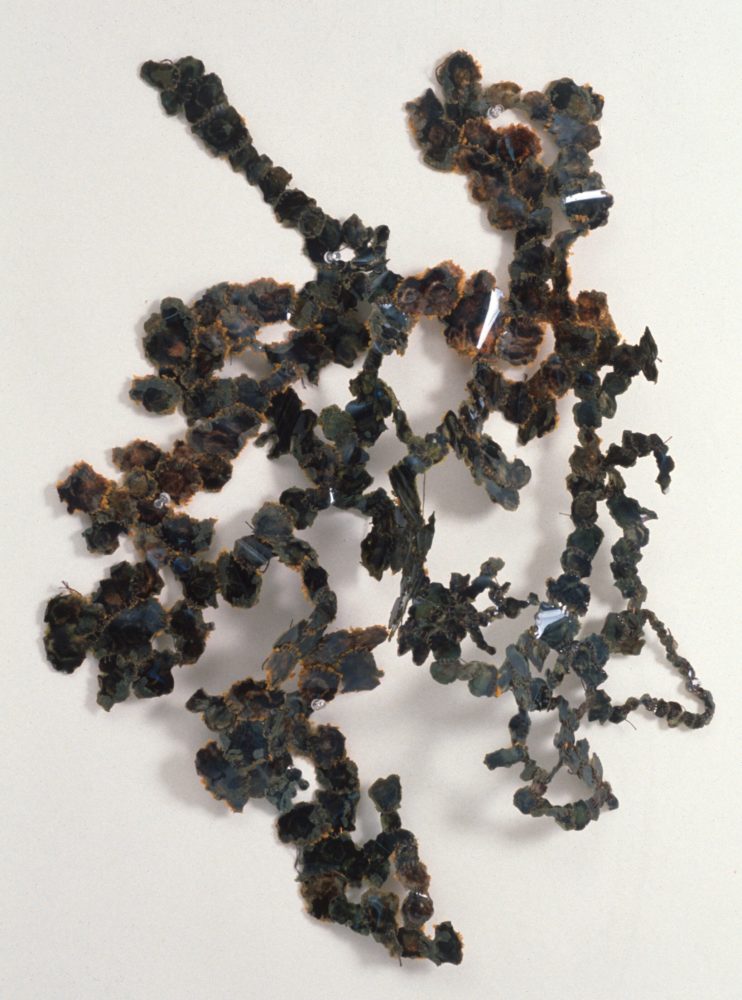 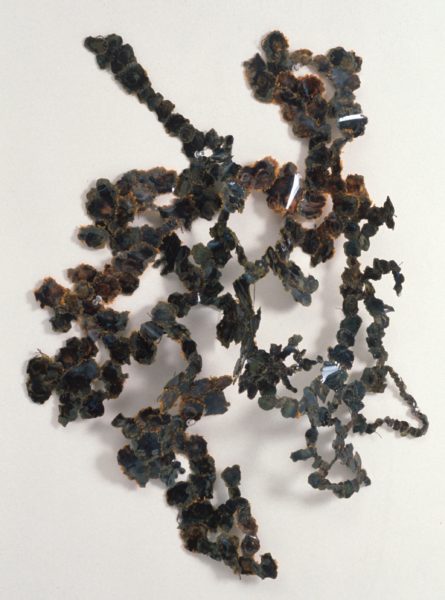 Scum: American Heritage Dictionary:“1. A filmy layer of extraneous or impure matter that forms on, or rises to the surface of a liquid or body of water.”  At Yaddo, an artist colony that I went to in 1999, there were these dying ponds that were covered with scum.  Scum lives on the top layer of the water as well as underneath, but without roots.  It is impossible to tell where anything is when you look at it in the ponds because their shallowness makes the reflection of the sky on the same plane as the bottomless murk.  It reflects through the water and is blurry below. The scum  grows endlessly, deeply, and beyond human vision.  It changes with the slightest wind, oscillating back and forth, in and out.  I don’t know if the scum there was impure considering that it shouldn’t be made of anything, but the stuff that makes up the pond in the first place. However, if it weren’t made from natural, clean, substances, it would be revolting.

This artwork is made from leftover computer generated photographs of barnacles that I printed onto acetate. These I used to make photoetchings.  After the acetate had been used to transfer the image, they were useless in themselves, so I cut them up and made them into other things, one being Scum.  I used hobby grass for train sets to back the acetate because it is revolting and not identifiable, just like scum.  Of course, neither scum nor hobby grass are as disgusting as they seem as soon as you figure out what they are.  The shiny-mungy combination of the materials are very scum-like, I think.  Also, this artwork is similar to scum because it doesn’t have a stagnant shape.  It is hung however it happens to hang.