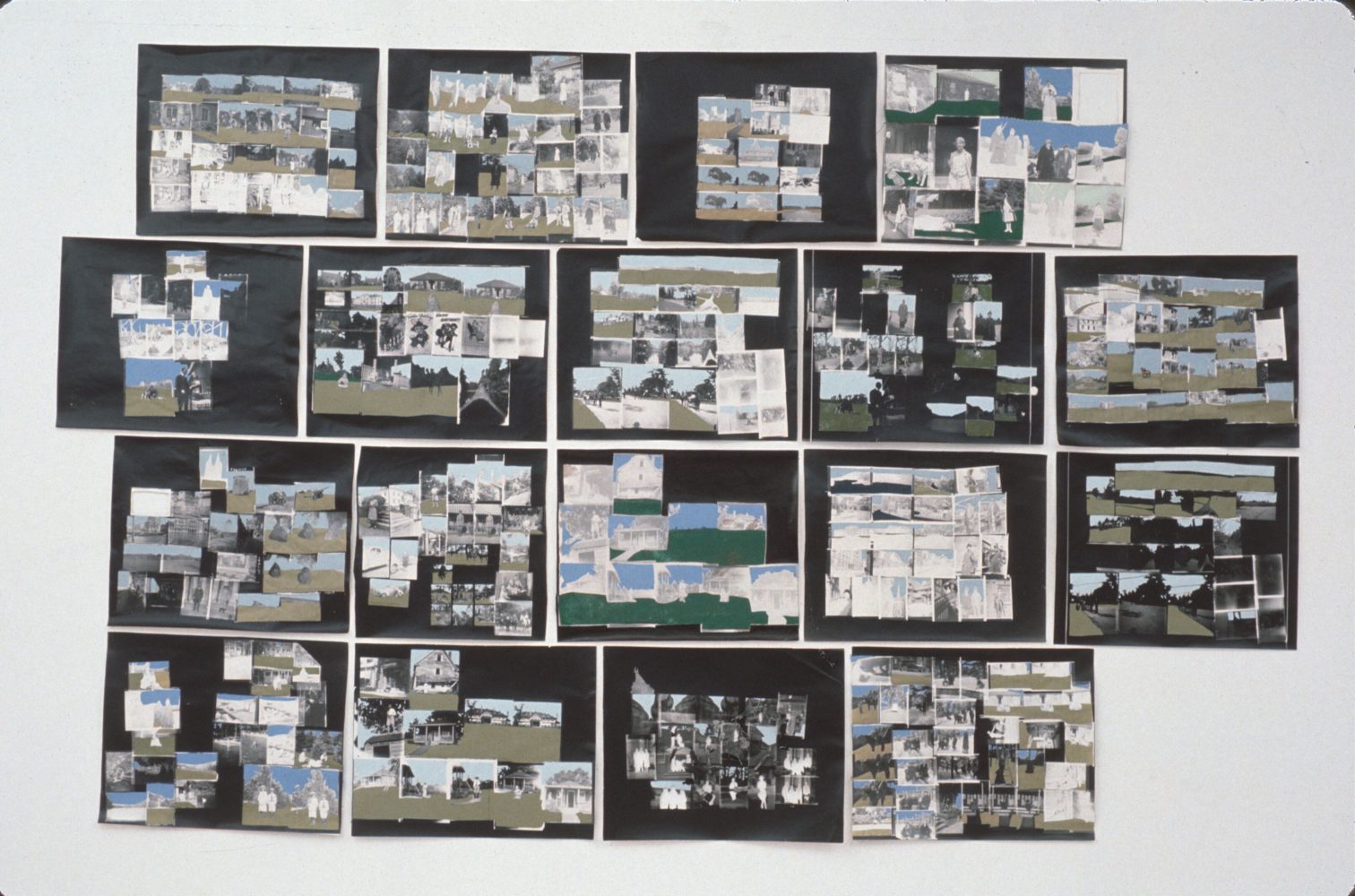 1997, papers and contact  sheets (of which the negatives had to be unglued and unstapled when we needed for individual prints-whoops), 16 x 20 inches each. Series of 18.

Grandma took pictures and I found the original negatives that nobody wanted.  I stapled and glued them together and made contact sheets.  I look at these photographs and I treasure them because she touched them, or loved them, or saw them, or was there.  But my feelings for them have nothing to do with anything tangible in the picture.  Everything is gone in terms of the people and the places as they were. Most of these places I have never been, although I did spend lots of time in Grandma’s closet. While her mere association with them gives hope for a connection, ultimately it accentuates the fact that she is gone.   But still, to know she saw these images (even in her own separate way) and that she was there, makes me think that I can make a close connection.  I feel like I could practically be with her spirit and then I would be whole.  But I cannot posses her this way, even though I know I will never fully believe this.  A photograph is impossible to have in any deeper sense than the actual paper and image itself.  But I still yearn, so what do I do?  If I isolate the more significant things, maybe it will be more clear to me.  I take out the sky and the grass.  But the important  what  (noun) is left?  People no one knows, places no one knows, shrubbery, horses, cars…. All of these things are common and mundane, of another era.  Accentuated.  Gone.  People who ultimately become just as mundane as the sky or the grass.