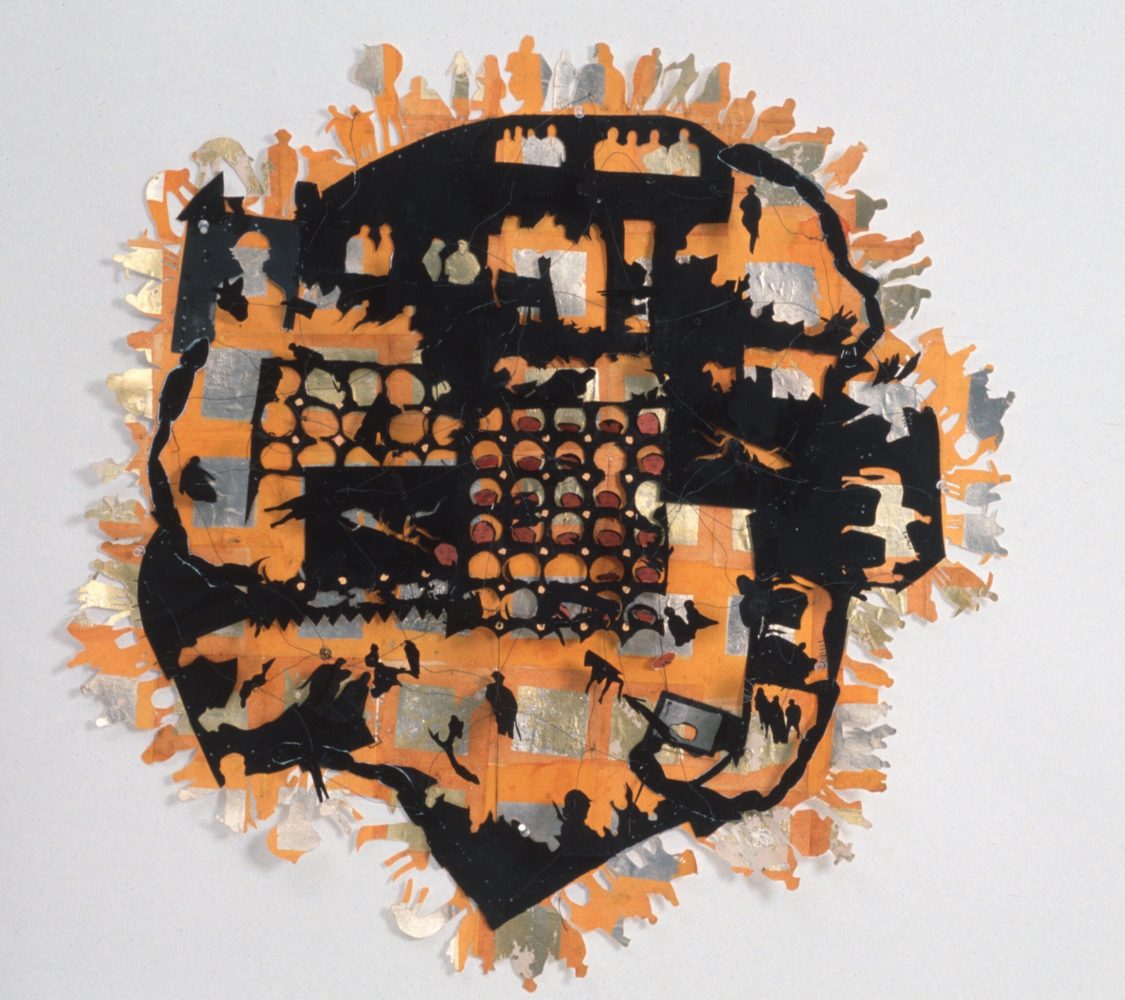 I started this when I was in a really bad mood at the beginning of spring 1999. It is my most unfavorite time of year because it is supposed to be getting warm, but instead it is just as cold as February. I was also having a lot of personal trauma. It is made with death papers.  The people are the cut out shapes of my best friend from childhood’s stepfamily who just happened to live across from my Aunt Libby for almost 30 years. The grandfather knew my grandfather at Harvard. They were able to look into each other’s windows, but they still didn’t know each other that whole time.  So much for neighbors. So there you go: you’re only as good as your shadow.

This artwork is made from the left over pictures from the family of my childhood friend Sophie. Her grandparents died and no one wanted their leftover pictures.

First, I cut the people out of all these snap shots and included them in an artwork called Flower Power:The Neighbors Who Never Met ‘Til Now.  In this piece, people spiral out into a flower. My aunt lived at 925 Park Ave on the 11th floor and Sophie’s grandparents lived at 911 Park on the 10th floor. They could look through each other’s windows and see each other, but they never knew each other even though our grandfathers had both gone to Harvard at the same time and my aunt  and her uncle were in the same club. By putting the leftover pictures of the people together in an artwork, they were finally united.

Death: You’re Only as Good as Your Shadow, is a piece that uses the leftover parts of these photos. Showing where someone was with only their silhouette left can still tell a lot about a person.  The black gaping hole is also a sign of the fragility of life. All the youngest people in these photos are now in their seventies. This is my version of a family tree. If people are married they have an “X” sewn to connect them. This is for kissing. There is one stitch per child to signify each couples offspring.