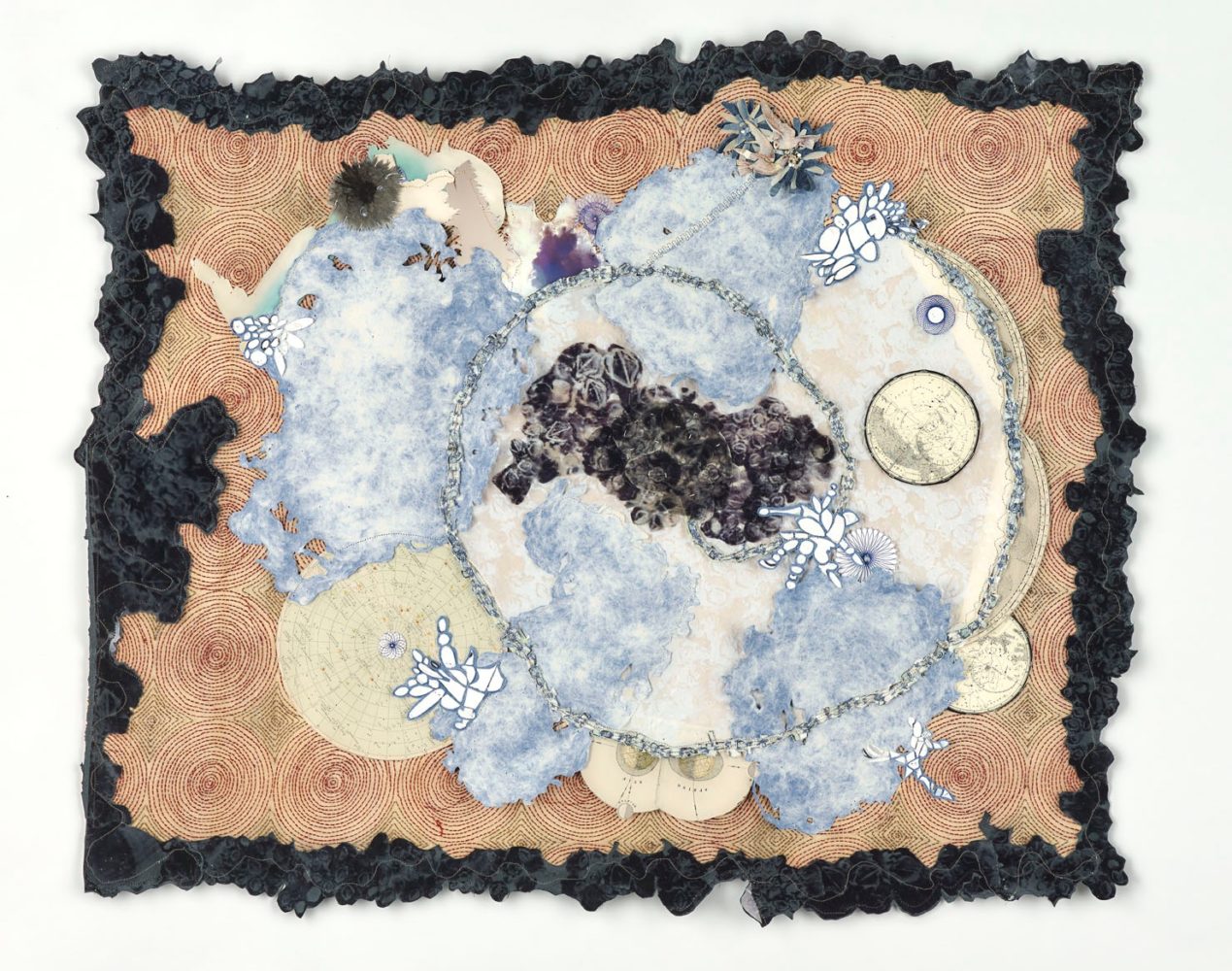 I started this artwork because I was  thinking about the brain and the irony that a three pound blob of grey matter could have such immense potentiality.  It is not just the body, but might also be the soul.  I see the phenomenal brain structure as a miniature echo of the cosmos.  In this artwork, I have also use a lot of barnacles.  These little creatures are overlooked, yet they are powerful and prolific sea animals, overtaking any rock or boat or shell where they might glom on to.  Under the underrated barnacles, in the middle of this artwork, is a bad picture of a brain that I drew.  The big black barnacle brain blob spirals out sucking in and spitting out skies and stars and planets and spiraling, spiraling, spiraling.  In the end, the circles lead out to, and are contained within, the overlooked, yet omnipotent, barnacles.