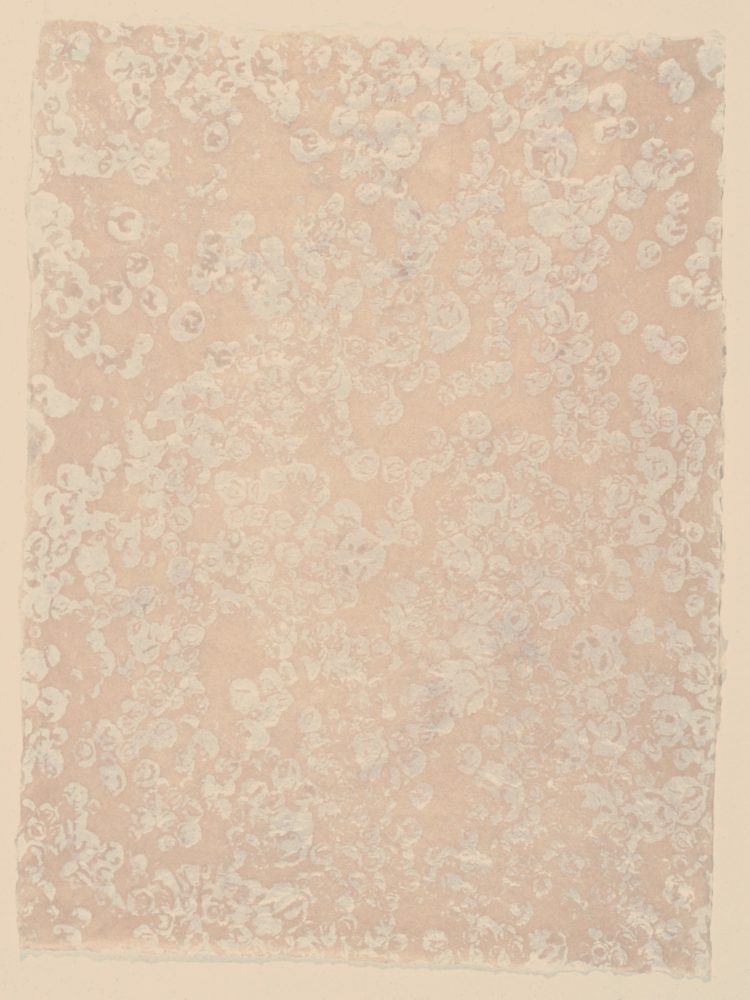 1997, photoetched barnacles on coffee stained abaca paper, each approx. 22 x 17 inches.  Edition of approx. 41. They can be assembled in different ways.

Barnacles are very interesting because they are alive, but don’t seem to be.  They are often hermaphoditic and so can mate with no matter who.  Some barnacle species have extra long  “members” (as my Uncle Stan called his manly part) and can stretch longer than any other species (comparatively per size) to poke his sperm into the cavity.  Some barnacles may even be self-reproducing or get pregnant just by happening upon some sperm while they are floating along in the sea.  They make this sucking noise if you listen.  Some barnacles are the most sought after delicacy the ocean has to offer. I have never tried them.  They are very expensive.  I sort of equate scum with barnacles.  (In a fascinated sort of way.) I am sure scum could become a delicacy in one of those “wild foraging” restaurants.

This series is all white on white, but of course it is never white on white.  It looks like nothing.  Barnacles are never noticed though they are there. They meld into anything they are on, but not by camouflage. They are magic.